Dora Lucas is the Percussion Coordinator at Habersham Central High School. She is in her 20th year as an adjunct faculty member in the North Georgia area. Ms. Lucas has been on the staff of the Band of Blue since 2001. She is an active percussion performer in the Northeast Georgia area.

Ms. Lucas is the College Planning Coordinator and Dual Enrollment Coordinator Department Head of the English Department at HCHS. Dora has also been involved with the HCHS Women's Soccer program. She graduated from Georgia State University in 2000 and Piedmont College in 2005 with her Master's Degree in Education.
Cecilia Dukes, Guard Coordinator

Cecilia Dukes is in her first year as Guard Coordinator. She has been on staff since 2020. Cecilia was a member of the HCHS Winterguard, Indoor Drumline, HCHS Wind Ensemble as well as the Habersham Singers. Cecilia was a Finalist for the GMEA All-State Chorus. She has danced with the Clarkesville School of Dance and Brenau University School of Dance. Ms. Dukes graduated from Habersham Central High School in 2020.
Sam Berman, North Habersham Middle School

James Geiger is currently the Director of Bands at South Habersham Middle School in Cornelia, Georgia. Before his appointment in Habersham County, Mr. Geiger was the Assistant Director of Bands at West Laurens High School in Dublin, Georgia. Born in Palatka, Florida and raised in Dublin, Georgia, Mr. Geiger graduated with honors from Dublin High School in 1995. He received a Bachelor of Music degree in both Music Education and Music Composition from Georgia Southern University in 2000. From 2000 to 2003, Mr. Geiger taught elementary music in the Columbia and Jones County school systems. He then went back to school and received the Master of Music degree in Music Composition from The University of Tennessee at Knoxville in 2005.

Besides his duties as a middle school band director, Mr. Geiger is the Staff Arranger for Rabun and Dawson County High School Bands, and a Part-Time Instructor of Percussion at Piedmont College in Demorest, Georgia. He currently resides in Mount Airy, Georgia with his wife, Jennie, and two children, Lily and Charley. 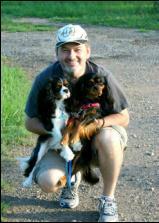 Mr. Sanders is a former member of the Spirit of Atlanta Drum and Bugle Corps and has also performed on numerous occasions with the Columbus (GA) Symphony and Tara Winds Community Band - including two performances at the Mid-West International Band and Orchestra Clinic in Chicago, Illinois.  Mr. Sanders has played for the Jonesboro United Methodist Church Orchestra for 22 years.  Mr. Sanders has played in over 25 musicals!

Mr. Sanders is married to Aubrea Melissa Sanders.  The Sanders’ have been married for seven years and reside in Demorest, Georgia with their three Cavalier King Charles Spaniels – Bartels, Phoenix, and Copper.